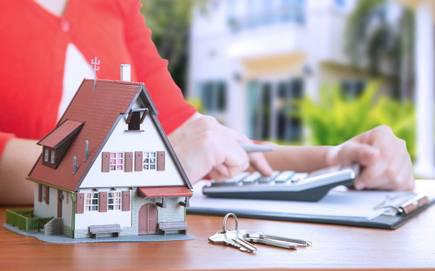 In 1954, the then president Rajendra Prasad issued the constitutional order under Article 370 and Article 35 A to bestow special status to Jammu and

In 1954, the then president Rajendra Prasad issued the constitutional order under Article 370 and Article 35 A to bestow special status to Jammu and Kashmir. This ensured that the permanent residents of the state could enjoy special rights and privileges. These included the ability to contest elections or vote, to purchase immovable property as well as land, to seek government jobs and avail numerous education and health benefits of the state. The rights did not extend to non-permanent residents of the state or the Indian citizens living in other parts of the country.

On August 5, 2019, the Indian Government scrapped both Article 370 and Article 35 A and divided the state into two union territories. With this landmark decision, among other special provisions, the right to own land and property in Kashmir has extended to non-permanent residents of Kashmir as well as other citizens of India too.

Over the years, property prices in Kashmir have been depressed owing to the restrictions on the land as well as the conflicted and vulnerable situation between India and Pakistan. Prime locations such as PanthaChowk in Srinagar that is surrounded by the local market, stadium, and popular schools have houses priced at only 2,300 sq. feet, which is a steep low compared to even the outskirts of Tier 2 cities like Meerut, which has properties priced at INR 3000 per sq ft.Similarly, the PacciDhaki area of Jammu, which is located near MubarakMandi Palace, has sixmarla houses priced at only INR 40 lakhs. In metro cities, houses in such prime locations, around market areas and historical places could easily cost in crores, while in non-metros it would sum up to over INR 60 lakhs. Also, it has been noted that a number of locations have had stagnant as well as decreasing rates for over a decade.

Though the ambiguities surrounding the highly sensitive region continue to linger, the milestone decision is expected to positively alter the real estate scene with non-Kashmiri residents investing in immovable property in the union territory. Apart from non-residents, permanent Kashmiri residents too are likely to invest in real estate with the help of home loans, which rested on troubled waters due to the political scenario and the militancy. It is predicted that once the purchasing rights are open to all, the demand for immovable properties would rise significantly, which would drive up the prices. Owing to the picturesque setting, the location is also expected to attract a large number of high networth individuals who would invest in luxurious second homes as seen in Khandala. Lonavala, etc.

The impact of revoking Article 370 and Article 35A is still to unfurl. However, real estate firms are hopeful that the decision would work positively for the market and help provide the necessary boost to drive sales with more and more people, including localities and other Indian residents, investing in properties in the union territory.

Off-Page SEO: What it is and How to do it? An Overview

The Best ERP System for SEMs: SAP Business One

How Exactly To Raise The Value Of Your Home

Off-Page SEO: What it is and How to do it? An Overview 0

The Best ERP System for SEMs: SAP Business One 0

How Exactly To Raise The Value Of Your Home 0

Managing your Online Reputation as a Real Estate Agent 0

Some exclusive ideas for making crafts quickly and easily! 0

What are the important amenities and facilities to check in apartments? 0

7 Simple Strategies To Motivate Your Child To Learn 0