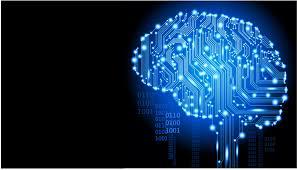 Future of Mining: How Technology is Disrupting Industry

In the not-so-distant future, mining won’t look that different from a science fiction film.  New technologies will lead mining operations and self-org

What Can You Do With an Information Technology Diploma in the UK?
Choosing the right web development Company – important things you should Consider!
Top 5 PHP Developers Tips for Beginners in 2018

In the not-so-distant future, mining won’t look that different from a science fiction film.  New technologies will lead mining operations and self-organizing robots will lead in exploring for and extracting metals.  Meanwhile, mining engineers will monitor this activity from hundreds or even thousands of miles away.

Case in point, mining giant Rio Tinto and machine conglomerate Caterpillar recently announced a partnership to create a technologically advanced mine in Western Australia.  The operation will soon be receiving a supply of automation and enterprise technology systems.

Robotics and drone technology promise to revolutionize the industry.  Deep-sea drones will be able to perform mining underwater at the molecular level.  In underground mining, mobile mining technology will circumvent the traditional and more dangerous drill and blast methods that have been used in the past. The use of this new technology means that mines will no longer have to be evacuated in order to mine hard rock.

It’s not just physical technology that will be shifting the industry.  Mining software such as X-ray diffraction has been making ‘smarter’ mines for quite awhile; the tehnology is used to analyze samples to check their property densities, saving both time and money when targeting particularly rich materials.

Digital technologies like the Industrial Internet of Things (IIoT) is one of the biggest areas of promise for mining’s future.  IIoT enables mining organizations to collect large quantities of data about their operations remotely and in real time through internet-connected sensors. The data is then used to improve on-site efficiency and to ensure a safe environment for miners.

These new practices in advanced technology will likely disrupt existing business models and the traditional roles and relationships among mining companies, as well as their customers and suppliers.

Canadian mining executive Richard Warke believes the mining industry has some of the most advanced scientific and mathematical processes used in any industry.  He predicts that the use of these emerging technologies will continue to find, extract and process mined materials quicker, cheaper and at a better rate.

Figuring out which new technology can truly create the most value is no small challenge. However, since it takes an average of 10+ years to develop a mine, there is no better time than the present for mining company leaders to begin testing and implementing advanced technology practices.

Peter Drucker suggests that the best approach is to start small—and start now.  Drucker sums it up best: “The best way to predict the future is to create it.”

Irfan is a Digital Marketer with an entrepreneurial vision. His Aim is to Help Business to Increase their Online Visibility On Google and other Search Engines. Irfan is working in this field from last 3 years and he is well aware of all recent and past Google Algorithms by which he use to write blogs on different niches likes Technology, Business, Finance and etc.

Bangalore In Sync With Global Villas 0

6 Ways to Improve Branding Strategy for your Business 0

Lowrance Fishhunter 3D: One of The Best Fishfinder in the Market 0