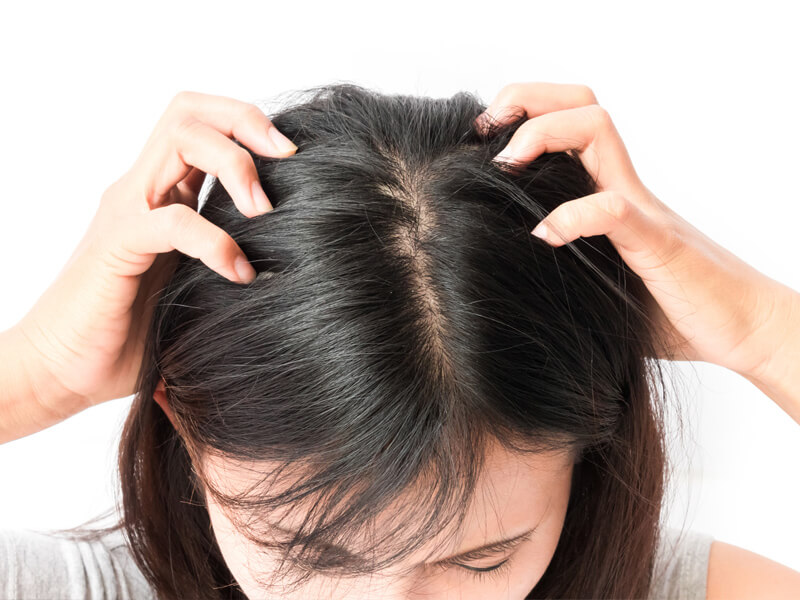 Getting Rid of Dandruff: 6 Proven Methods That Work

According to studies, one to three percent of the American population suffer from dandruff. Slightly more men have the problem than women.Flakes

According to studies, one to three percent of the American population suffer from dandruff. Slightly more men have the problem than women.

Flakes and an itchy scalp are both hallmarks of dandruff, but it can also have symptoms such as tingling skin on the scalp and greasy patches. There are several remedies to the problem, from lowering stress levels to using tea tree shampoo. This article will provide six proven methods that help to get rid of dandruff.

Tea tree oil has been used throughout history for a variety of ailments, from acne to psoriasis. It is also a proven anti-inflammatory and anti-microbial.

A recent four-week study of 126 people showed that those who used tea tree oil reduced the severity of their itching and greasiness by 41 percent. It is important to note that anyone with sensitive skin should use a diluted form of tea tree oil by adding a carrier oil such as coconut oil before using.

Coconut oil is well known for having many health benefits, including preventing and easing skin dryness and itchiness. Both of these make dandruff worse.

One recent study showed that coconut oil was useful as a treatment for eczema, a common skin condition that has a detrimental effect on dandruff. Participants in the eight-week study were shown to have 68 percent reduced symptoms.

Aloe Vera is a succulent that is commonly used in many skin ointments, lotions, and cosmetics. It is also useful in the treatment rid of dandruff.

Laboratory tests have found that aloe vera is an effective treatment against several types of fungi and might even help control inflammation and fungal infections that cause hair loss.

Stress is thought to be a significant influence on different aspects of health and well-being. Stress can influence not only skin dryness but also mental health. Stress does not cause dandruff, but it is thought to reduce your body’s ability to fight off fungal infections and skin conditions. A recent study showed that 82 people with seborrheic dermatitis showed that a stressful life event preceded outbreaks.

Apple cider vinegar has been shown to benefit a variety of health issues. This includes everything from increasing weight loss to the improvement of insulin sensitivity. Apple cider vinegar is also used to help balance skin pH, which reduces fungal growth and fights dandruff.

Over the past few years, studies have shown that taking aspirin can deliver many health benefits, from improving heart health to improving aging, dry skin. Several chemicals that are found in aspirin are considered beneficial to those who suffer from dandruff.

Dandruff is a problem that is not only annoying but can be very embarrassing as well. There are many remedies available that are supposed to help solve dandruff problems. The good news is that many of these remedies, both medicinal and natural, work. In fact, many people will turn to these natural remedies before they will take an over-the-counter medication.

The next time you notice flakes, before you go to the medicine cabinet, give a few of these natural remedies a try. It could even be a good idea to try a combination of both medications and natural treatments, but don’t be surprised if you find that natural remedies work well all by themselves.

Topmost Benefits Of Purchasing Thermal From The Online Store

How to Build a Roll Cage

What is a Sponsor Licence Rating UK? & Types of UK Tier 2 Certificate of Sponsorships?

Topmost Benefits Of Purchasing Thermal From The Online Store 0

How to Build a Roll Cage 0

What is a Sponsor Licence Rating UK? & Types of UK Tier 2 Certificate of Sponsorships? 0

Bangalore In Sync With Global Villas 0

COSMETIC SURGERIES AT THE BEST QUALITY 0

The Dark Corners of One’s Mind: What Are the 4 Prevalent Symptoms of Codependency? 0