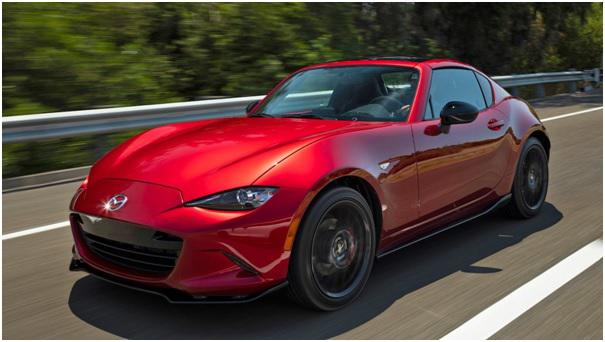 A car that offers all what you need and is yet available at an affordable price, is indeed fun to drive. Mazda as one of the most dynamic automobile brands is aware of this simple fact, and hence released the 2019 model year of MX-5 Miata to wear the crown of having both the virtues “affordable and fun” that is ensured by a potent engine introduced to its lineup. So, the new 2019 Mazda MX-5 Miata will neither make a hole in your pocket, nor will leave you on the road with an unequipped car with a morose performance.

In other words, it won’t be flattering if we say that the 2019 Mazda MX-5 Miata is a small wonder that makes the automaker even more credible and favorable to the mass buyers. Even the sellers at the Scottsdale Mazda agree to it.

The year of 2019 brought some significant changes to the lineup of the Mazda MX-5 Miata.The first one is the introduction of a free-revving engine of 2.0-liter inline-4 capacity that replaces the one from last year having the same size but lesser capacity. The difference bought the MX-5 Miata the ability to spin at 7,000 rpm.

The trim models continue to be the same of its last year model, naming them as Sport, Club, and Grand Touring trims that ascend the ladder of comfort and convenience in proportion to their price tags.

Last time we saw a new design on the Mazda Miata was in 2016, though its actual shape roots back to the ending years of the 1980s. Mazda was confident to continue the same shape as that carried an immensely handsome profile while the brand engineers focused on keep improving the drivability.

This new engine is stronger in its vitality yet lighter in its weight, so the car has to carry less weight with this new engine, that did all the trick. This 26 units of added horsepower did make a good difference on the road for those who have driven the earlier version as well making an instant impression on the driver and the passengers alike.A precise 6-speed manual transmission is set as the standard to rifle the power through its gears while Mazda also kept a 6-speed automatic as an available option for the one who needs it.

As per a group of Mazda technical experts we met and discussed about the 2019 model year of the Mazda MX-5 Miata at the Scottsdale Mazda dealership, it is a value for money car for the large sector of buyers who need a mode of transport that can carry out the daily tasks with consistency and even expertise.

Why Online Reputation Development Matters for Your Brand?

How to buy the perfect truck seat covers?

How to make your car’s engine last longer: 10 tips on lubricants