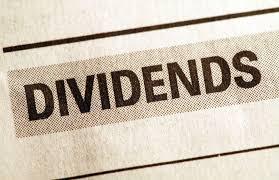 Things to know about Unclaimed Dividend

In this article, We discuss all about Unclaimed Dividend, What is the unpaid/unclaimed dividend?, Why dividends remain unclaimed?, Know your unclaime

CA Final Admit Card – Download PDF From Here
How to Take Control of Small Business Finances?
Here’s how credit cards are changing the spending behaviour of the millennials

man has a memory loss issue. His wife asked him, where the amount that they received as compensation from the government is? The man got tensed where he has put it safely. He searched everywhere, called his friends and relatives if someone knew anything, went to the bank etc but all in vain. A few days later while walking down the street, he heard a bunch of people discussing over unclaimed dividends that they invested in a company years ago and how IEPF claims helped them to get them back.

He visited the iepf website and found his unclaimed dividend information in it. A BIG RELIEF to the old man and his lady.

What is unpaid/unclaimed dividend?

Unclaimed dividend is those dividends declared and redemption/interest amount paid by the company to its shareholders but remains unclaimed and gets accumulated with the company.

The Ministry of Corporate Affairs (MCA) looked into the matter and addressed the issue by introducing the Section 125 of the Companies Act, 2013 which states that the dividends which remain unclaimed/unpaid for seven consecutive years or more shall be transferred to Investor Education and Protection Fund (IEPF), solely administrated by Central Government.

The government ensured that unclaimed dividends are in safe hands (The Companies Act of 2013) mandates that the dividends which remain unpaid in 30 days during the company’s payment period to be deposited in a separate bank. The shareholder can anytime claim his dividends within seven years from this account. When this dividend remains unclaimed beyond its validity period (7 years), they get transferred to the Investor Education and Protection Fund (IEPF).

The Ministry of Corporate Affairs (MCA) has notified to Investor Education and Protection Fund (IEPF) Authority, effective from September 2016, whereby companies have to identify and upload information regarding unclaimed dividend, redemption amount due to be transferred to IEPF on their company’s and MCA’s website. This information is provided in order to benefit the shareholders who have forgotten their investments.

Shareholders can claim their unclaimed amount due as per the procedure defined in rule number 7 of the IEPF Rules, by applying an application to IEPF authority as well as to the company along with the mentioned documents. Once unclaimed Dividend is transferred to IEPF, no claim shall lie in respect thereof with the IEPF or company.

IEPFclaims are experts in helping their clients get back their somehow-lost investment. They have recovered many such unclaimed dividends by providing legal advice with their customized services.

Also Read – HOW DO I FILL AN IEPF FORM 5 ONLINE?

Ride Comfort in the 2019 Toyota Corolla 0