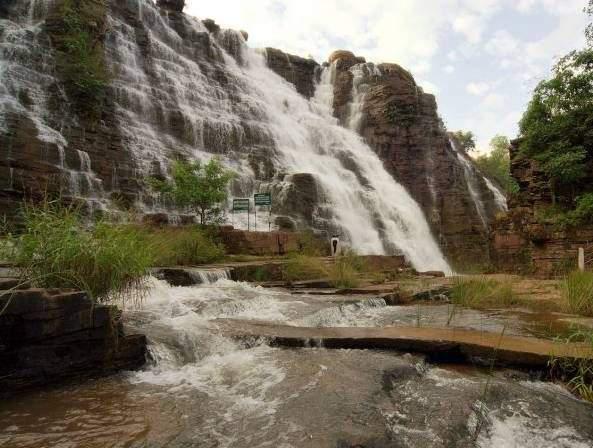 I always believed that Chattisgarh earned its popularity because of its historic heritage. So, to experience its natural bounties, I decided to join s

I always believed that Chattisgarh earned its popularity because of its historic heritage. So, to experience its natural bounties, I decided to join some nature enthusiasts online and explore the wilderness of Chattisgarh. When talking about the wildlife asset of this state, nothing presents it better than the Kanger Ghati National Park. They say it is one of the densest national parks with rich biodiversity and varied landscape. I saw that first-hand only when I landed there.

The park is about 20 Km from Jagdalpur, the nearest town in Bastar district. We were traveling all the way from Vijayawada and availed the cheapest car rental in Vijayawada to drive till Kanger Ghati. We stayed back at a small guest house in Jagdalpur and started our park tour the next morning.

Named after the river Kanger that flows through it, the huge park sat in the middle of the gorgeous Kanger Valley and spread over an area of 200 sq. Km. Who would have thought that the otherwise dry and arid environment of Chattisgarh could hold such verdant treasures? We had a guide who also mentioned the existence of a considerable number of tribal groups, who have been living in the forests of Kanger Ghati for centuries. But what was visibly more interesting was the peculiar terrain of the park. From the driest patches to the lushest forest cover, the national park truly reflected a diverse landscape with waterfalls, limestone caves, hills, plateaus, steep slopes, and a variety of rock formations. This, in turn, had given rise to a wide range of flora and fauna, making this a biodiversity hotspot of the country.

As our guide explained, the forests of Kanger Ghati is home to the Hill Myna- the state bird of Chattisgarh, among few other exotic avifauna species like red jungle fowl, parrots, peacocks, spotted owls. We could definitely spot the water birds like herons and storks near the river banks. The deep silted Kanger River and its banks housed quite a few crocodiles, snakes, and monitor lizards, which we were yet to see.

They say this national park also has a considerable number of predators like leopards, tigers, and sloth bear, which can be spotted on a jungle safari. But since we were on a trek, we took a safer, walking trail where these wild animals don’t tread. However, our route was no less picturesque with thick clusters of bamboo and Sal trees canopying the April sun. With nature enthusiasts in the group and a smart mobile app, it was easy to identify the plants. There were at least 45 different species of medicinal plants and herbs, wild orchids, and unique varieties of ferns which I had never seen before.

After an hour-long trek, we resorted to our car and went on to explore the other areas of the park. The roads were quite unpredictable with narrow, slippery, and bumpy patches here and there. Thankfully, we had booked a reliable and licensed taxi from Vijayawada which gave us a big SUV that could tread any terrain.

I found Kanger Ghati National Park like no other, because, it was not just a forest reserve with animals and plants. Rather, it appeared to me as a holistic tourist destination with a host of attractions like the Teerathgarh Falls, Kanger Dhara Falls, Kotsumar Caves, Kailash Caves, and more. And our tour of Kanger Ghati would have been incomplete without visiting at least some of these places.

Darhas, as locals call it are nothing but small water pools formed by overflowing rivers. One of the most prominent of them was the Bhainsa Darha, inside the Kanger Ghati National Park. Surrounded by dense forests, the clear waters of the pool made for a scenic view. A patient observation through the binoculars revealed some crocodiles on the other end of the water body.

This was the most attractive part of the park with cascading waters of the Kanger River and the rocky slopes flanking it on either side. A lot of people had come for a day picnic amidst this green enclave. We took a refreshing break with a splash in the cool, natural water. But we needed to stop by the District Forest Office for permission to visit the waterfall area.

The entire Kanger Valley is known for its rich limestone deposits. Some of these have turned into caves over the years and are presently the highlighting feature of Kanger Ghati. Formed over millions of years, these layers of natural rocks and soil have created unique structures that add to their peculiarity. Some of the important ones that we managed to visit were the Kailash Caves and the Kotsumar Caves. They say, there are many more such caves deep inside the forests which remain undiscovered to date, while some of the open caves are off limits to visitors. But whatever little we could explore, these limestone chambers were truly mysterious with dark and hollow interiors with no natural light and an ancient vibe.

With a varied landscape, diverse life forms, and the raw beauty of nature, Kanger Ghati was definitely a paradise in itself and a unique experience for me to cherish.

Get Connect with our Travel blogs

A Beginner’s Guide to Trading Online like an Expert 0

How Does Channel Incentives Work For Big Brands? 0

Exercises For Housewives To Stay In Shape 0

How To Watch Movies Online for Free? 0