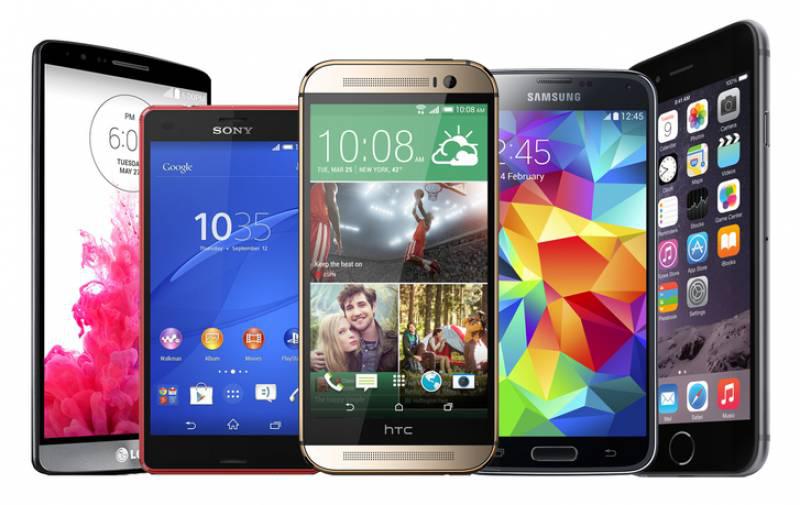 The mobile phone has become a necessity for every human being living in the modern era. It is an effective means of communication for the exchange of various types of information. After the innovation of smartphones variety of applications have been invented for using a smartphone in a different manner. The advent of Android OS marked the beginning of smartphone era as a competition against the then dominating iOS devices. Android has been widely accepted by the customers across the globe as it is intuitive and customizable. Android has developed a lot since the first Android OS was launched. Here are the best smartphones for the year 2018 which are worth the spending in the year 2018 as suggested by Killerfeatures.

Samsung has been continuously innovating the design of smartphones since the first launch of its Galaxy series device. The Samsung Galaxy J8 2018 was launched on June 28, 2018, in three color variants namely, Black, Blue and Gold. This device is a dual SIM with two dedicated slots for SIM cards and a slot for memory card. The best feature on this device is facial recognition which is lighting fast, and it also has a fingerprint scanner. Both the SIM slots on this device are LTE type. The device arrives with Android 8 out of the box, and it performs on a Qualcomm Snapdragon 450 processor which is an octa-core chipset clocked at 1.8GHz. The device also has a 4GB RAM and Adreno 506 GPU. With a full vision, 6.0 inches display the images on this handset look extremely sharp. The display on this device is Super AMOLED with 2.5D curved glass. There are three cameras on this device; the rear camera is 16MP + 5MP to capture realistic images. The front camera provided on this device is a 16 MP shooter to make your selfies look the best when you share them. The device is perfectly powered by a 3500mAh battery which is non-removable. The device arrives with 64GB internal storage, and the memory can be expanded up to 256GB by using a micro SD card.

Vivo is a Chinese smartphone manufacturing company, and it has constantly come up with a variety of innovation in every new device that it launches. In a short time, Vivo has earned the trust of lots of customers by delivering them worth the money smartphones. Vivo has launched one more new smartphone which is a part of Y series by Vivo, and it is named as Vivo Y83. The device was launched on May 31, 2018, and it arrives with Android 8.1 out of the box topped with FunTouch OS by Vivo for better customization experience. The device runs on MediaTek Helio P22 processor and to improve the performance there is a 4GB RAM on this device. The device sports 6.22 inches giant display which is protected by Corning Gorilla Glass and the pixel density is 270 pixels per inch. The rear camera on this device is a 13MP shooter with a digital flash for amazing low light photography. The selfie camera is 8MP, and it has got the phase detection autofocus feature. The device is powered by 3260 mAh Li-ion battery which is non-removable. The device arrives with 32GB onboard storage with an expandable storage capacity up to 256GB using a memory card.

Oppo is known worldwide for manufacturing smartphones with extraordinary selfie cameras. The phone was launched worldwide on July 15, 2018. The device is available in two colour variants red and dark purple. This phone is a dual SIM device and both the SIMs support LTE network. The device comes with Android 8.1 and Colour OS by Oppo for customization. The device runs on Qualcomm Snapdragon 450 octa-core processor clocked at 1.8GHz and 4GB RAM for better performance. The graphics on this device are handled by Adreno 506 GPU which is fast and efficient. There is a 6.2 inches IPS LCD screen on this device which supports HD resolution, and it has a pixel density of 271 pixels per inch. The device has three cameras, two of those are on the rear which is 13MP + 2MP, and it captures quality images. The front camera is an 8 MP resolution camera which captures bright selfies even in the low light environment. The device is powered by 4230 mAh battery. The device has 16GB onboard storage, and it can be expanded up to 256GB by using an external SD card.

Realme 1 is the reigning champion in the budget smartphone market. Realme series of mobile phones are manufactured by Oppo with upgraded specifications and best in class performance. The Realme 1 smartphone was launched on May 25, 2018, in diamond black and solar red colour variants. It is a dual SIM handset with both the SIM slots supporting LTE network. The OS on the device is Android 8.1 and on top of it is ColorOS by Oppo for customization purpose. There is a MediaTek Helio P60 processor provided on this device to make this device perform better, and along with that, there is a 6GB RAM to ensure faster performance. There is 6 inch huge IPS LCD on this device which supports full HD resolution along with pixel density 402 pixels per inch. There are two cameras on this device; the rear camera is a 13MP shooter which captures images in a realistic manner and has an AI algorithm to make it clearer.  The front camera is an 8MP shooter, and it captures beautiful selfies which will surely be loved by selfie lovers. This device is powered by 3410mAh Li-ion type non-removable battery. The internal storage provided on this device is 128GB, and it can be expanded up to 256GB by using a memory card. The device performs the best as compared to its competitors, and it is lag free.

You can find out more about these devices on killerfeatures.com. All these devices are worth spending money on and guarantee the customer satisfaction of true smartphone experience.