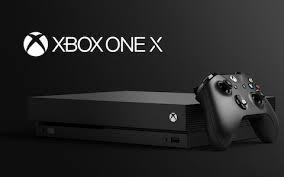 Microsoft launched Xbox One X recently, which has HDR support and 4k resolution display. It has taken gaming to a whole new level with better and smoo

Microsoft launched Xbox One X recently, which has HDR support and 4k resolution display. It has taken gaming to a whole new level with better and smooth gaming experience. They have introduced some aesthetic modifications to the console as well. The initial bugs got fixed and additional features got added to Xbox One X, like better backwards compatibility. Let’s take a good look at the features it has in store for gamers and whether it is a good option to buy it right now only.

The shape of Xbox One X is rectangular, similar to Xbox One S. The design is suitable as it gives it durability. Because is its portable design, one can conveniently move it from one place to another. There are disc eject and power buttons on it, which are convenient and have a good click. The ports provided are LAN, USB and HDMI. These ports hold up tight and aren’t loose at all. The aesthetics are better with a matt all black finish, thus, you won’t have to worry much about dust.

Xbox One controller that comes along has better grip. After long term usage, the quality of the products is great and remains consistent. You can bring Xbox One X home by placing order with Snapdeal Offers Online for the best rates today.

Since the first Xbox release, plenty of changes has been observed. Xbox One runs on Microsoft OS without any kind of sluggishness. The newer model has been provided with more memory and better processing power.

Backwards Compatibility support is one of the main features and the hallmark of Microsoft here. This feature lets you play selected Xbox 360 and Xbox games, like Panzer Dragoon Orta, The Orange Box containing Team Fortress 2 and Half-Life 2, Metal Gear Solid HD Collection, Castlevania: Lords of Shadow and Crysis 2, with enhanced visuals and graphics. You can enjoy your favourite and classic games of Xbox and Xbox 360 with far better and realistic visuals.

Xbox One X comes with a hard drive of 1 TB. It seems a lot but as you start playing, you will need external storage as well. You can add external hard drives to the console. For those going for Xbox Live Games continuously, those players might need around 10 TB extra storage.

Undoubtedly, the latest console by Microsoft is remarkable, but it lacks some functions that would have made it truly outstanding. You can not copy screenshots or your recorded gameplay videos to pen drive. So, you are supposed to upload them on OneDrive or Xbox Live. Microsoft has given the privilege of recording gameplay videos to an external hard drive, condition being that the hard drive should have 256 GB capacity at least. You can find some of best options having advanced options online with AliExpress Offers today.

Do you need a 4k television set for it?

For Xbox One X, you don’t need to have a 4k tv. The games that support 4k or resolutions more than 1080p will automatically get super sampled and will fit full HD regular screens. Thus, games will look amazing even when you won’t have 4k supporting television.

In India, the price of Xbox One X is ₹44,990. The model has been launched at a price of $500 in US. You can prefer buying it on Amazon and flipkart but as it has a wider availability, there are considerable chances that you can easily find a better deal in some nearby game store.

Who should buy Xbox One X?

For those gamers who already have invested in Xbox One S or Xbox One and have put their money already in Halo, Forza and Gears by Microsoft, some might not be interested in buying a newer model just because it has backwards compatibility. But for those who has been waiting for a similar enhancement, they should go for it. For play station users, the situation gets a bit tricky.

In regards to the consoles by Sony, Xbox One X might be better at enhanced visuals and everything, but it still lacks the quality games available with Sony, like Spider Man, Horizon Zero Dawn, Uncharted 4, Gravity Rush 2 or God of War. If you look for exclusive games to play, you shouldn’t go for Xbox.

For players who prefer gaming experience over exclusive games, they should go for Xbox One X, for it is surely will give the best experience with best visuals.

Types of Cranes That Are Used in Construction Today 0

Top 5 Places Must to Visit in Uttarakhand 0

The Best Ways To Keep Up With General Knowledge 1