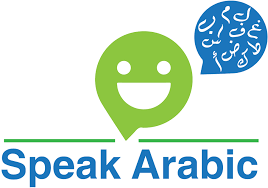 With this year soon coming to an end, one of your New Year’s resolutions is that you’ve decided to learn a new language, but you’re still not sure w

What is a dissertation, and why is it important?
5 Benefits of an ERP (Enterprise Resource Planning) System
How to help your child prepare for SCAT

With this year soon coming to an end, one of your New Year’s resolutions is that you’ve decided to learn a new language, but you’re still not sure which language to study. Maybe you’re starting a new job overseas in China and want to learn Mandarin. Or maybe you plan visiting one of the Arabic speaking countries of the Middle East on your next vacation.  Maybe you’ve always loved the romantic sound of the French language and think it might be fun to study it. Whatever your reason, one thing’s for sure: there are about 6,500 languages spoken in the world today, so you have plenty to choose from. However, we know that most of you don’t have time to sift through all 6,500 languages, so we’ve made it easier for you with our countdown of the top seven of the hottest languages you should want to learn today:

There are 21 Spanish speaking countries in the world including Argentina, Chile, the Dominican Republic, El Salvador , Honduras,  Peru, Venezuela, and of course, Spain. With more than 480 million native speakers of the language around the world, you’re sure to find at least one to practice with.

Learning Portuguese offers a world of opportunities for education, diplomacy and of course foreign investment. Many business analysts claim that Brazil, the largest economy in Latin America, will be the next big country to do big business in, so if you’re planning to go into international trade, plan on learning Portuguese, the official language of the country.

There are approximately 310 million native speakers of Hindi, and since one of the main reasons that most people want to learn a language is to be able to communicate with more people around the world, it’s really no surprise that the second most-spoken language in the world makes it to our list of languages to learn.

Germany is the largest economy in Europe and German is spoken by 100 million people in six countries (Germany, Austria, Belgium, Switzerland, Luxembourg and Liechtenstein). If you’re looking to learn an important language for international business, German might just be your language of choice.

There is good reason that wanting to learn Arabic language skills lands at number one on our list. It’s the 5th most powerful language in the world (and climbing fast), so wanting to learn to read Arabic, speak Arabic or write Arabic is quickly becoming very good investment, especially if you’re attracted to the rich Arab culture or hoping to work in the growing economies of the Middle East and North Africa.

By now, you should have a pretty good idea of what language you might be attracted to, so why not start today?

Stay Connect With Get News 360 & Our Education Blog, If you have want to write for us, than Checkout out Write for us Guidelines for education

How to join MBA distance education? 0

Does Content Marketing and SEO Work Together? Here’s How 0

Which is the most reliable source for JEE Main Answer Key? 0