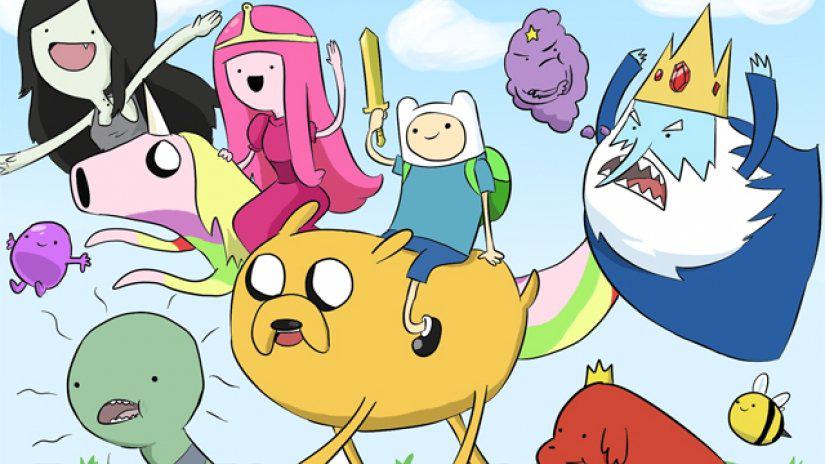 You wake up on a Saturday morning, regretting the decisions you made the night before. You get up and immediately start stressing over your weekend er

You wake up on a Saturday morning, regretting the decisions you made the night before. You get up and immediately start stressing over your weekend errands. But it didn’t use to be that way.

Saturday mornings used to be the best part of your week as a child. You’d wake up and run to the couch to catch the best kids’ TV shows, while breakfast was being made in the kitchen.

Those were the days, huh?

Reminiscing over your old Saturday mornings? Wishing you could go back in time? We’ve put together a list of shows that’ll take you right back to the good ol’ days.

This show has been around since the late 1960’s and is still going strong today. It was developed with the goal of educating children so they would be better prepared for school and life in general.

Unlike other kids’ shows at the time, Sesame Street took place in an inner-city setting and had cast members of multiple races. It was a show committed to teaching kids about the real world around them.

Part of this commitment meant discussing serious world issues with its young viewers. For example, there were episodes about the 9/11 attacks, Hurricane Katrina, and child abuse. There was even an episode about grief, where the characters dealt with the death of Mr Hooper.

Rather than shield its viewers from reality, Sesame Street helped children understand these difficult subjects.

This animated series is an endless slapstick comedy battle between a cat named Tom and a mouse named Jerry. The two almost never speak in the cartoon, but many of the minor characters do.

The 1940s cartoon still airs re-runs often on many children’s TV networks. However, it has faced some modern backlash over racially insensitive images and character voices.

In particular, a black character named Mammy Two Shoes was recently voiced over with a less stereotypical voice. Current airings often censor out instances of blackface in the cartoon as well.

Scooby-Doo, Where Are You!

They go around solving mysteries in their funky van called the Mystery Machine. Many episodes ended with them pulling the disguise off some selfish adult who’d been behind the mystery the whole time.

Eventually, the franchise grew to include a live-action movie series in the 2000s.

Try not to sing the theme song in your head… We dare you!

The cartoon is named after a Stone Age family in the town of Bed Rock. The family deals with issues even modern families watching the show could relate to. They live among extinct creatures like dinosaurs and woolly mammoths but relate to the social life of the 20th century.

The main couple, Fred and Wilma, have a daughter named Pebbles and a pet named Dino. The family often gets into sitcom-like problems with their neighbors, the Rubbles.

This show aired on TV for 30 years until 1993. Bob Keeshan played the role of Captain, a friendly grandfatherly figure. Much like Sesame Street, there were puppets on the show and multiple different segments in each episode.

The show aimed to promote children’s reading by having segments where the Captain read stories aloud. These included classics like Curious George and Make Way for Ducklings.

Captain Kangaroo remained in black and white until 1967, years after most shows switched to color.

The show came to an end shortly after the passing of its original director, Peter Birch. The showtime was changed to the same time slot as Good Morning America and the Today Show, so eventually, it was canceled. You can visit this page for some fun facts about this classic show.

The Simpsons is a satirical comedy about the average American family. Homer and Marge live in Springfield, Indiana with their kids Lisa and Bart.

The cartoon pokes fun about American culture and society without using profanity or graphics/sexual images. Its humor is enjoyable for adults while remaining appropriate for children.

The show started in 1989. Since then, with over 600 episodes, it’s the longest running sitcom in American history. Its first ten seasons are generally accepted as its best.

One of the show’s fun traditions is its annual Halloween episode, called TreeHouse of Horror. Each Halloween episode puts the family in outlandish situations beyond the normal continuity and setting of the show. They often parody famous horror, sci-fi, and fantasy shows, movies, and books.

This cartoon centers around a boy-genius named Dexter. He manages to keep the laboratory in his room a secret from his oblivious parents.

Much to his frustration, his older sister DeeDee is always able to get into the lab and mess with his experiments. He also feuds with the other boy-genius in his class, his neighbor and nemesis Mandark.

Treat Yourself to ‘Toons

There’s nothing like a healthy dose of best kids’ TV shows to brighten up your Saturday morning after a stressful week of adulting. Go ahead, indulge in some cartoons! Adult life will be waiting for you when you get back from cartoon and puppet land.

How to Efficiently Organize a Warehouse 0