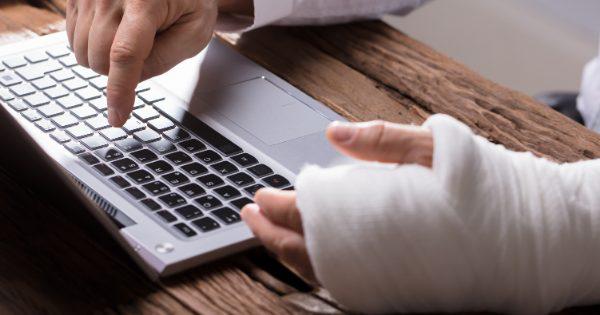 If you have suffered an injury and believe that you have a valid claim against the party responsible it does matter who you are pursuing as it makes a difference to your approach, especially if its a government entity.

Understanding how the injury claim process works starts with appreciating the fact that government defendants such as your local county or the federal government itself, do often get to make their own rules to a certain extent about who can actually pursue a claim against them.

Here is a look at some of the key rules of engagement.

Using a lawyer who has knowledge of the claims filing process against a government entity, such as GBW, for instance, can help you get your claim underway and heading on the right track.

It pays to remember that in order to have a chance of successfully pursuing a claim against any specific government entity you or your chosen lawyer will need to be able to follow that state’s own rules relating to litigation claims.

It could be that the government body you are litigating against has a certain timeline that you have to observe for filing a claim. This might mean that you have only between one and three months to file your claim.

Attempt to sue them beyond this time limit and there is the potential that you might have missed your opportunity and won’t be able to even attempt to get the compensation that you think you deserve.

Make sure you urgently check exactly how long you have got to file a claim before it’s too late.

Cover all the bases

Sometimes it can be a challenge to establish who is responsible for the accident and there may be multiple parties involved.

For example, there could be a road traffic accident where several vehicles are caught up in the incident and one of them could be something like a bus, which is owned and run by the city.

Even if you believe that there is one party who is responsible it can often be in your best interest to involve all parties in a claim.

It can sometimes turn out that a driver is uninsured or several parties have partial responsibility. Whatever the specific circumstances, your lawyer can help resolve that scenario, but if you haven’t filed a formal claim within the time limit, you could potentially find your later attempts to sue a government entity are thrown out.

It can often be the best policy to consider filing a claim against the government body involved so that you don’t miss out the chance to get compensated if it turns out that they are wholly or partially responsible.

Despite the fact that you can soon get a basic understanding of the law and what your rights are regarding making a claim by reading some information, it is fair to say that there are a number of intricate procedures and protocols that could easily trip you up if you don’t have the know-how to get around these problems.

When you consider all the issues with regard to timing and then procedural aspects, you might possibly draw the conclusion that it might be easier if you get professional help to ensure your claim goes as smoothly as possible.

Filing a claim against a government entity is something thousands of people have done but doing it right can have a big influence on the outcome.

You Should Travel Alone - Know Why?

A complete Guide of Aluminum and its Product

How to Choose the Best Personal Lube for Pleasure and Safety

Why Email is Dead in China

Steps to Manage Hazardous Risk Factors at Your Workplace

Author trudyseeger 0
You will find different white wine varieties and no two kinds taste the same. Some varieties are too popular while a few are less...
Read More