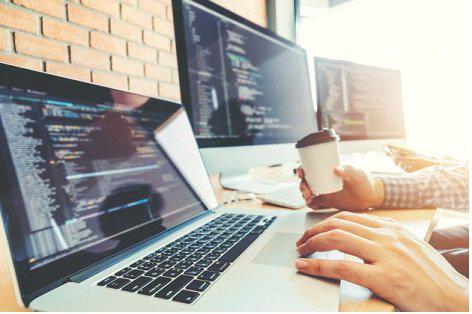 Cisco offers a range of certification courses in routing and switching that helps individuals to prepare for many job roles in networking and here is a list of such Cisco switching and routing training certification programmes.

CCNA (Cisco Certified Networking Associate) the entry-level certification in networking in the field of IT. This certification gives the credibility to the individual’s capacity to install, configure, manage and support networks that are between small and medium size. In the market, most of the companies that are looking for network engineers also want candidates who have hands-on experience in the field. But a newcomer always finds it difficult to gain experience if they cannot find a job. The best way to jumpstart the career is to get the CCNA certification. This certification gives the professional to move ahead in the career from help desk position to server rooms and networking closets.

The best part for CCNA certification is it does not require the candidate to fulfill any prerequisites for taking the exam apart from finishing the modules.

According to a survey conducted by PayScale.com reported that the average annual salary of a CCNA certified professional ranges between $39,195 and $118,830. The salary is determined by the location of the organization, job title and the experience of the professional.

Surveys have reported that though the highest numbers of CCNA professionals are in New York, Atlanta and Chicago, however, the highest average salary drawn by a CCNA professional is in San Jose, California with an average of $95,183.  The job title with CCNA certification that gets the highest salary according to surveys is Information Technology (IT) Director.

The ever-increasing field of information security is also resulting in the demand for trained professionals who have a credential in the field. Despite vendor-neutral certifications have gained popularity among the organizations but Cisco still remains the leader in the industry and if surveys and studies are to be believed it will remain so in the coming years. In the field of networking and information security, a certified Cisco professional will have more avenues in the field with higher earnings and additional responsibilities than those without it.

The reason that employers have a preference for Cisco certified professionals in security is because the certification assures those who have sound knowledge in it are conducting the information security throughout the network.  Also, the certification offered by Cisco in security is especially beneficial for women in this field because findings have revealed that women who hold the CCNA Security certification have a higher salary than their male counterparts. While the male professionals make an earning between $51,510 and $96,399 annually, the women CCNA security certified professionals earn between $49,612 and $113,550 annually.

According to surveys the highest salary drawn by a CCNA Security certified professional is in Washington DC between $59,771 and $118,721 annually. However, the majority of the CCNA certified security professionals are found in Washington D.C., Dallas, Austin, Atlanta, and New York. Also, a certified CCNA security professional with a Masters of Science degree is likely to get paid more than a Bachelor of Arts degree with the same certification. In the field of security, a Senior network engineer with the certification is going to get a salary of $97,615 annually compared to a network administrator who will draw a salary of $62,181 despite having the CCNA and CCNP Security certification.

A CCNA security certification ensures that the professional has the foundation in the information security technology and has the ability to perform critical tasks with precision, such as designing infrastructure of routed and switched network from the ground up. The professional with the certification should also know how to recognize, plan for and thwart security threats and vulnerabilities of the network system.

As a professional in the field of networking and security, it is important that one gets a Cisco routing and switching training certification. It will not only provide with better opportunities in the job prospect but also improve the scope of earning.

Follow This Pregnancy Diet Chart for a Healthy Delivery

Author GN360 0
Android SISGAIN which is the best Android application development company has built an outstanding team of Android developers, who work closely with the clients...
Read More

The Rise Of Smart Factories With Cloud Computing & Iot

The Key to a Long Career in Education

What is a dissertation, and why is it important?

How to choose an essay topic on write in Competition?