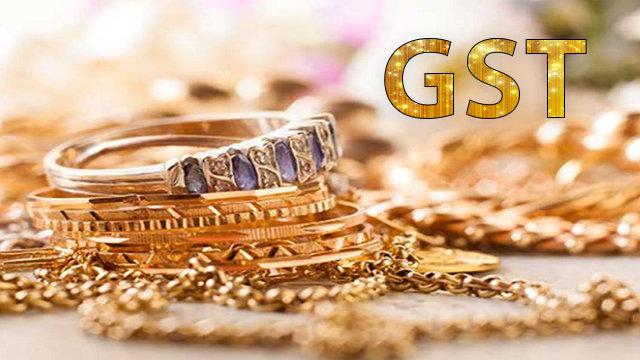 GST Impacts on Gold Jewellery you Should Know About

Gold is considered as a stable mode of investment by most Indian households. There are also traditional and cultural values attached to it. 57% of Ind

Jason Proch Talks about Moving To the United Kingdom from the US
Team Management Application: Great Tool for Virtual Employees
What Successful Business Owners like Haris Ahmed Chicago Know, That One Should Know Too

Gold is considered as a stable mode of investment by most Indian households. There are also traditional and cultural values attached to it. 57% of India’s total reserve in the RBI is comprised of gold. Even in private gold holdings, India leads the chart with an estimated 24,000 tonnes of gold. Gold is so much ingrained in the Indian culture that buying it is considered auspicious on certain festivals like the Diwali.

Effect of GST on gold

It is, therefore, no surprise that any tax on this valuable commodity will create ripples across Indian society. The GST is no different. GST was introduced on July 1, 2017, and it replaced multiple taxes like Value Added Tax (VAT), Central Excise Duty, to name a few. There was much speculation about the gold GST rate which was put to rest after the implementation of GST.

After much conjecture, it was announced that the GST rate on gold would be 3%, with an additional 5% GST on its making charges. An import duty of 10% will continue. In the beginning, the GST rate for making charges was set at 18% but later reduced to 5% after many financial groups raised concerns about its effects on the consumer demand for gold jewellery and then on the metal itself.

Effect of GST on gold jewellery

There are many ways GST affects gold jewellery. A 5% GST rate on gold jewellery making charges is levied under this new tax regime. For Rs. 1 Lakh worth of gold, this tax will amount to another Rs. 600, considering that the making charge is close to 12% of the price of the gold.

Therefore, the price of gold has gone up post-GST implementation, which initially made traders apprehensive about a potential fall in its demand. Gold prices also touched a record high in those initial months because of the relatively higher gold GST rate. However, after an initial dip, the demand for gold is slowly picking up again.

Effect on the unorganised sector

According to estimates, 70% of gold trade in India is unorganised. The GST framework may push them towards the organised sector. The input tax credit which retailers can avail on any of their products sold can be availed only if a trader pays the gold GST rate. It may prompt many erstwhile traders of the unorganised sector to shift elsewhere.

Approximately 700 kilograms of gold is smuggled into India every year. Many experts are apprehensive that this will increase even further due to the surge in gold price post-GST. It is one of the primary reasons that many gold associations are urging the government to bring down the import duty to 6% from the existing 10%.

In conclusion, although GST has some short-term adverse effects on the gold industry, it has increased the transparency of this sector. It will surely be beneficial for the Indian gold industry in the long run.

5 Tips on How to Buy Used Trucks

6 Essential Items Every Garage Should Have

5 Tips on How to Buy Used Trucks 0

6 Essential Items Every Garage Should Have 0

Tips and Tricks While Picking 5 Stunning Vacation Houses For Rent in Charleston, SC 0

Mobile Phone Repair Tips to Help You Save Money 0