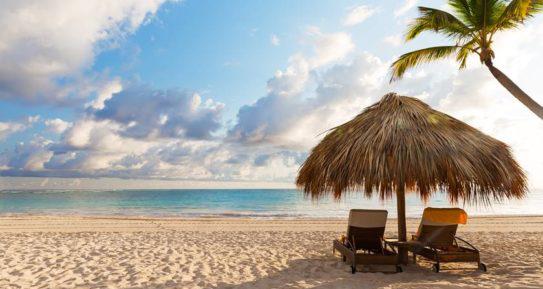 5 important facts you should know before travelling to Dominica

From entering the country, partaking in monetary affairs, seeking information about business and banking to utilising electric and telecommunication s

Preparation for Small Traveling Vs. Long Traveling
Top 5 Hill Stations in India
Want to Take That Dream Vacation This Summer? Check Out These Financial Strategies

From entering the country, partaking in monetary affairs, seeking information about business and banking to utilising electric and telecommunication services, emergency resources and all, knowing the details of each and everything is crucial when moving in Dominica. Read on for more important details!

Immigration authorities require visitors to produce a valid Dominica passport on arrival along with a return ticket however this is optional. Take for instance Canadian citizens who’re asked to reveal documents certifying proof of nationality with a latest photograph.

French nationals on the contrary can reside in the country for nearly two weeks only after presenting a valid identification card. Visitors from particular countries with the intent of staying in Dominica not more than 21 days are relieved from visa requisites and related bureaucratic procedure.

Taxis are easily accessible in Roseau, at the airports and probably all over the island country. Taxis have a license plating bearing letters such as H, HA or HB with registration numbers. Fee is nominal from airports as well as commuting within the city limits making taxis ultimate choice of travel. For frequent travellers, it’s important keeping Dominica passport all the time.

Many car rental agencies are operational on the island providing a choice of budget convenient to elite-class vehicles on rent. However, before hitting the road, you need to acquire a valid driver’s license that may cost almost $30. Age validity to drive is between 25 and 65-years with two years of driving experience for qualification. Remember to use left side of the road as per the traffic laws being regulated strictly all over Dominica.

Public transportation system in Dominica consists mainly of minibus operators with designated bus stops found throughout the island. The network is well-maintained and operated through advance technology providing travellers with ultimate convenience in terms of both cost and time. While bus rotation is frequent throughout the day, the transportation method isn’t suitable for night time travel.

English is the official language of Dominica however, due to history of the island, migration of culture and tradition, a large population speaks Kwéyòl which is a combination of French and Carib linguistics. The accent and syntax has been borrowed from a variety of West African languages. Kokoy; a distinct English dialect is spoken in a few northern villages of Dominica.

For bearers of Dominica passport, details about the local currency and use of credit cards are essential to live and move around on the island conveniently. The local currency is Eastern Caribbean Dollar (EC$) available at every bank and money exchange services. British Pounds, Euros and United States Dollars are widely accepted by all business entities on the island.

The above facts and details are crucial if you’re travelling to the Nature Island of the Caribbean with a valid Dominica passport.

Awareness Can Be the Difference Between Life and Death: What Are the Top 5 Safety Hazards of the Coal Mining Industry? 0

How have Online Share Market Facilities Transformed the Market? 0

10 Ways to Track Android Cell Phone without Being Detected 0

Bike Puppy Carrier for The Budget 0