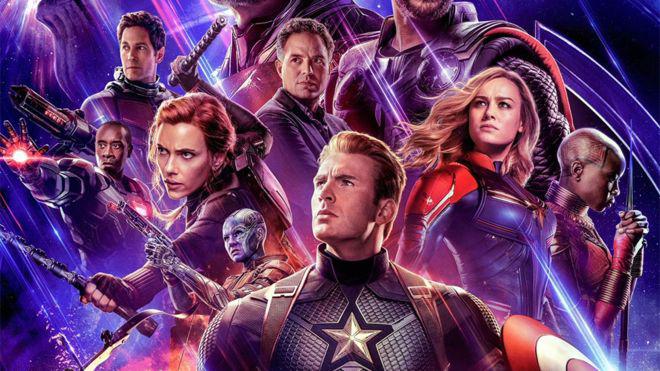 The ferocious warrior Nebula is the adopted daughter of Thanos and the “sister” of Gamora. Nebula and Gamora had a bitter relationship in the Guardian of the Galaxy vol. 1, because of their father Thanos, he taught the two in combat, often forcing them to face off against each other in the battle. Nebula lost every fight against Gamora and each defeat cost Nebula pain because Thanos subjected Nebula to torturous disfigurement, replacing parts of her body with cybernetic enhancements for further improvement so she can win.

Nebula was brutal and aggressive in the first part, all she wants to be better than Gamora. She and Gamora was working under Ronan commands. Ronan wanted to get the orb which has the power of stone, Gamora took the duty to collect it latter on she joined the Quill, raccoon Rocket,the tree-like humanoid Groot, and Drax and betray the Ronan then Nebula took the in charge and she collected the orb from them. Ronan took the stone and used it from himself and wanted to destroy the Xandar and then had a plan of killing Thanos afterwards. Nebula fill with hatred and jealousy joined Ronan just take revenge on Thanos.

She full with ego and extreme anger started war to destroy the Xandar, Nebula is ultimately defeated in fight by Gamora, refusing to be rescued by her as she severs her trapped mechanical left hand and escapes Xandar in a Ravager ship.

In the second Part of the film, is more about the reason why Nebula hates everyone. Nebula ended up being captured by the Sovereign for stealing their anulax batteries. Guardians save their planet by killing the monster and retrieve Nebula as in exchange of promise so they can claim her bounty on Xandar. Nebula stuck with the Guardians as Rocket steel the batteries and their shipped crashed because Sovereign attacked them. Nebula help Rocket when Yondu Udonta attacked them and Rocket captured by Yondu but Nebula saved him by shooting the Yondu.

Nebula took Rocket and Groot in a Ravager ship where Taserface took the control but Nebula convinced him to not to kill them but to get the bounties from the Xandar and give her a cut of the profit along with a replacement hand and a ship to reach Ego’s planet.

Nebula track down Gamora in the Ego planet where she attacked on her, Gamora ran and went inside the cave Nebula followed her and ended up ruined her shipped. Gamora took the heavy machine gun and started shooting on her she stuck inside the burning ship. Gamora saved her but nebula strangled her but left her.

Nebula said all she ever wanted a sister, but you never realized this, instead you want to win every match. Every time I lost match Thanos replace my body part to make me perfect but this time Nebula actually won by not kill Gamora.

Nebula helped Guardians to kill Ego planet later she set out alone in her journey to kill Thanos.

Nebula in the Avenger4

In the trailer of film Nebula is helping Stark as they both stuck in the Space. Nebula will help Toney to get to the earth.

Nebula’s character received a lot of appreciation and fans are excited to see her in the endgame.

Nebula is a badass space pirate and mercenary she is cruel and powerful, will she be able to take the revenge?

Checkout & Read also:  Do You Know How To Keep Your Workplace Safe - Fire And Safety
Preview post

How Do You Select The Right Flexible Packaging Company?

How you can intelligently design meeting rooms like a pro?

Author Rahul Sharma 0
In modern corporate style workplaces, the concept of the unlimited paid time off has been gaining tremendous popularity. With the involvement of companies like...
Read More

What Are the 3 Notable Long-Term Consequences of Having a Criminal Record?

TOP 7 REASONS TO ENCOURAGE YOUR KIDS TO LEARN SWIMMING