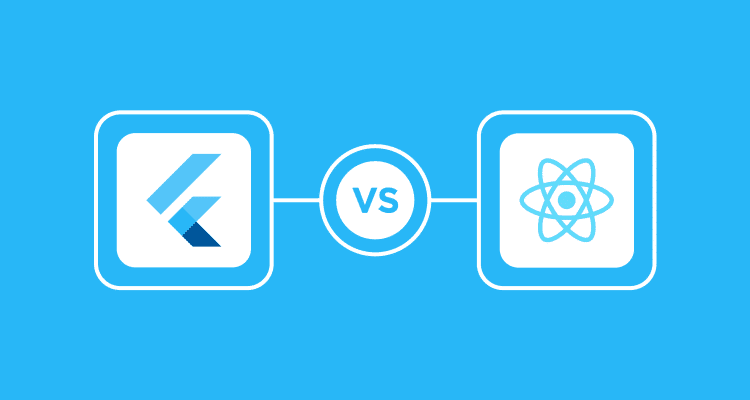 5 Reasons Why Flutter Framework is Better than React Native

When it comes to cross-platform app development with a well-organized UI and powerful native performance, some developers rate Flutter higher than R

HP Pavilion X360 buying guide: Pros and cons of this laptop
How to set up hp printer on MAC
How do I join a WhatsApp group with Link?

When it comes to cross-platform app development with a well-organized UI and powerful native performance, some developers rate Flutter higher than React Native. What prompts them to choose the former between the two options for cross-platform application development? Read on to find it out.

What is React Native?

React Native (RN) is a renowned open-source framework for the development of native applications for Android and iOS platforms. Developers use the combination of JavaScript and XML-esque to write it.

What makes RN special in the eye of developers across the globe is its association with Facebook, which is considered as the social media giant at present. As a result, several reputed software engineers work together as a team to upgrade it.

In particular, (RN) is useful for the following:

Some popular applications that have been developed using this framework include the following:

Flutter is another popular framework for the development of a wide range of applications across multiple platforms. It operates on the Dart language and developers prefer it over the other options as it is an open-source framework.

The specialty of Flutter lies in its ability to offer assistance in the development of cross-platform apps. Most developers choose it as it favors the utilization of the same codebase on both Android and iOS platforms.

It offers a feature-rich and flexible UI without compromising the native performance of the resulting applications. Being a part of Google, it abounds with resources to help the developers find a solution to almost all kinds of problems corresponding to its use.

Flutter can come in handy for the following:

Well-known applications that are based on Flutter include the following:

Ever since the extension of Flutter for the development of web-based and Linux applications, it became the main competitor to React Native.

At present, it is the default framework for the development of both mobile and web applications due to the following factors:

1. It is the quick fix to the challenge of app development

On average, the development of an application takes a lot of time and effort. Developers try their best to cut down the workload as much as they can.

Flutter has all the attributes in the book with which developers of a Flutter app development company can reduce their workload. It possesses the hot reload feature which allows developers to not only remove the unnecessary features but also do a lot more.

For instance, they can test various issues in an application in the development phase and resolve them. Similarly, several other characteristics facilitate and expedite the process of app development.

Flutter offers an amazing platform for the creation of beautiful applications that are comparable with native apps in terms of end-user experience. What’s more, it facilitates the management of pixels on the screen through an architecture featuring multiple layers.

Equally impressive are Flutter’s exciting options for customization and animation. Overlaying the animated videos, texts, and graphics in applications is simple and easy with the Flutter framework.

While getting the requisite information for material design can be challenging with certain frameworks, developers can expect support from Material.io for Flutter.

3. Flutter facilitates native performance on both Android and iOS

Most developers target the native-like performance of applications on Android and iOS for attaining the goal of the best user experience on both platforms.

Flutter boasts a collection of widgets that lend a helping hand to this initiative with key platform-based differences such as fonts, icons, navigation, and scrolling.

4. Compatibility of Flutter with Dart

To help developers overcome this challenge, Google has developed the Dart programming language. It allows developers to write down the codes for web, mobile, and desktop applications.

The compatibility of Flutter with this programming language is a big plus factor for developers. Dart language not only favors a faster development of applications but also favors compatibility with multiple platforms.

When you add up both the features, it translates into the faster development of apps for multiple platforms. What can be a more valuable asset to a developer than a platform that helps accomplish both these tasks at once?

The combination of Flutter and Dart offers a viable solution to meet the challenges related to the customization of widgets.

Dart Dev Tools offers many features, ranging from debugging to inspection, with a flexible approach. Other than simplifying the inspection and debugging, it also enables developers to view logs in connection with the development of applications.

The above-mentioned factors explain why React Native has lesser functionalities than Flutter. Unlike the former, the latter does not need a bridge for the communication between modules. Plus, it also has a lesser dependency. Given that both frameworks have their pros and cons, developers can make a choice depending on their project.

Stay Connect with Get News 360 & Follow our Tech Blog, We cover all tech topics, Sharing content regular basic, I also accept Technology news via blogger & Tech company, so If you want to publish your technology content than checkout our technology write for us guidelines.

Burst Pipes and Ways of Dealing with Them 0

South Lake Tahoe: Plan The Most Fun Picnic With Your Family 0

Online Anonymity Is Not to Be Taken for Granted: What Are the Top 6 Threats to Your Online Privacy? 0

What Is The Best Peanut Allergy Treatment At The Moment? 0